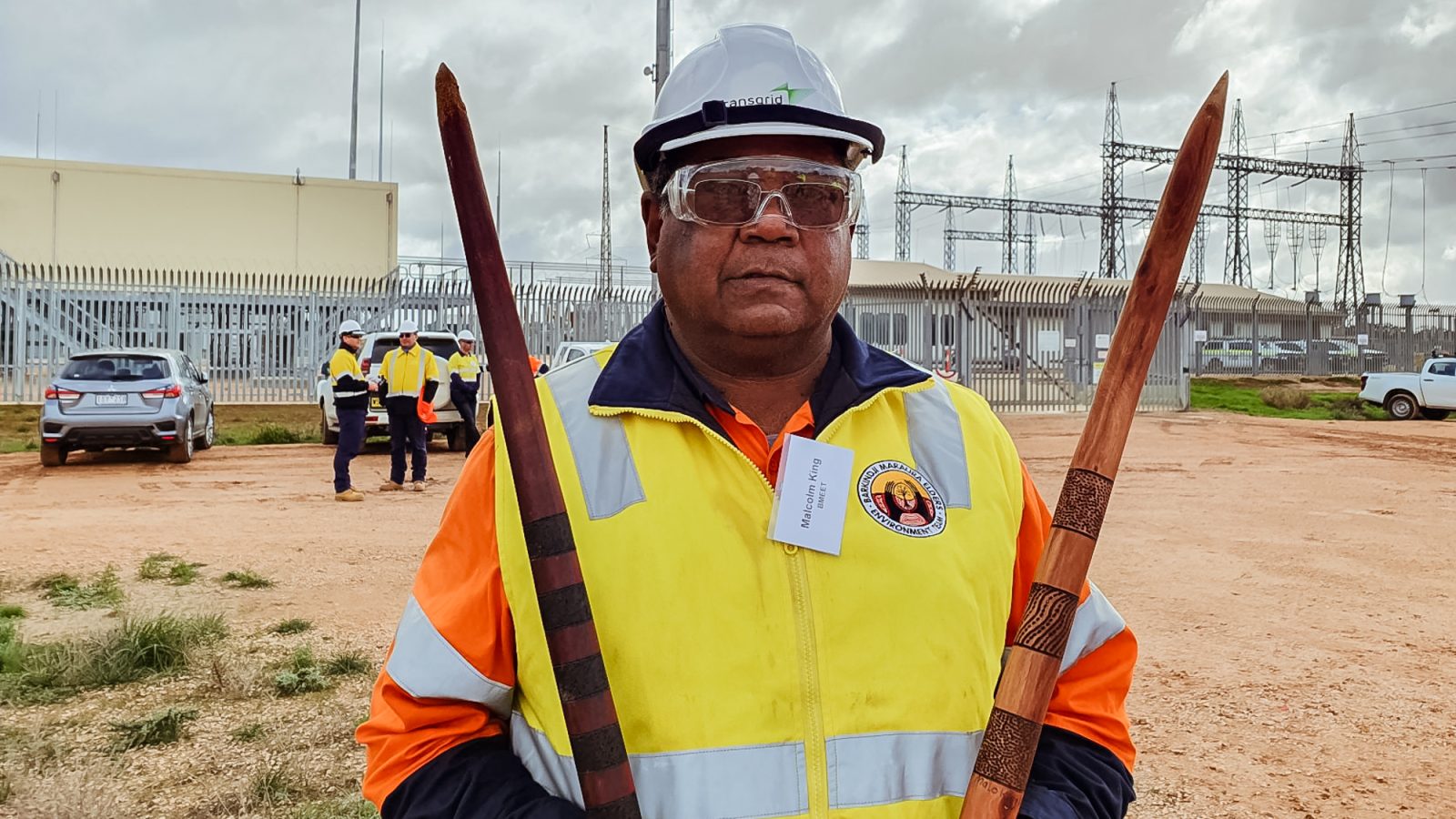 Digging sticks have been used by Aboriginal people for tens of thousands of years. They are both a practical tool and a thing of beauty, that has become another way of telling and sharing stories. Last month, SecureEnergy asked Aboriginal artist and Barkindji man, Malcolm King to craft four digging sticks to mark the start of construction works on Project EnergyConnect. This is his story.

Malcolm King is a creative soul who uses his timber art to educate and inspire. He draws his inspiration from country as he creates his unique, one-off pieces. Born in Wilcannia, NSW, Malcolm is a Barkindji man. Wilcannia is on the Darling River, about 200 km east of Broken Hill. In Barkindji language, “Barka” means river and as Malcolm says, “we are people of the river”.

Traditionally, he says digging sticks were shorter and used predominately by women looking for food.

“The women would use them to dig and spear for yams so both ends were used as a survival tool and they kept many people alive,” he explains. 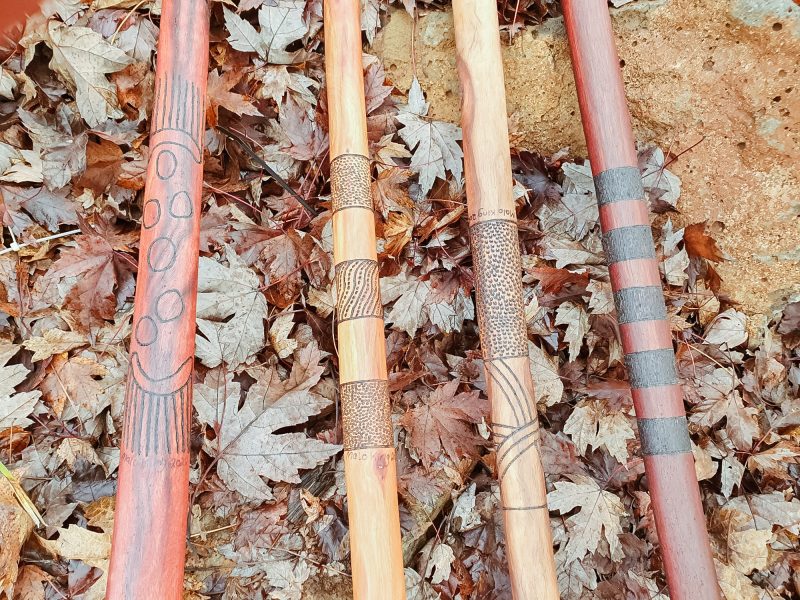 “The markings on them are significant as each one tells a different story of place including burial sites; places for food; or where the waterways, creeks and swamps are located.”

Malcolm can use any timber, but he prefers mulga, black box and leopard wood.

“Black box for instance can survive seven years without water which was useful in the drought but with all the rain we’ve been having, not so much now,” he said.

“Aboriginal people would strip the bark off different timbers and leave it in a billabong to cure it and stop it from rotting.”

Over the years his artwork has included a wide range of wooden dishes, bowls and implements from the country he knows best.

“I have given away a lot of my art, like the mulga birds I used to make. If women rubbed the bellies of these 30-40cm wooden birds, they would fall pregnant and so many women thought the birds had special powers but really, it’s about the subconscious of the mind,” he says.

For Malcolm, bringing country back to life is key to what he does and who he is.

“I hope that in some small way my art helps Aboriginal people connect more and I would like to think it gives Australians more broadly an opportunity to better understand and share our ancient culture,” he said.

Art is like meditation for me now,” he says.  “It’s like sitting on a riverbank and thinking about our old people and the stone tools they used. I reflect on this and wonder at how far they travelled and the things they made.”

In his role with Barkindji Maraura Elders Environment Team (BMEET) which is based at Dareton, NSW, Malcolm assists in providing culturally appropriate training and employment for young people and their communities. This provides a pathway out of social welfare, crime, drugs and alcohol “through meaningful and appropriate employment.”

“I believe art is central to forging that new pathway,” he says.